Employee or Entrepreneur… Are you taking the safe route? 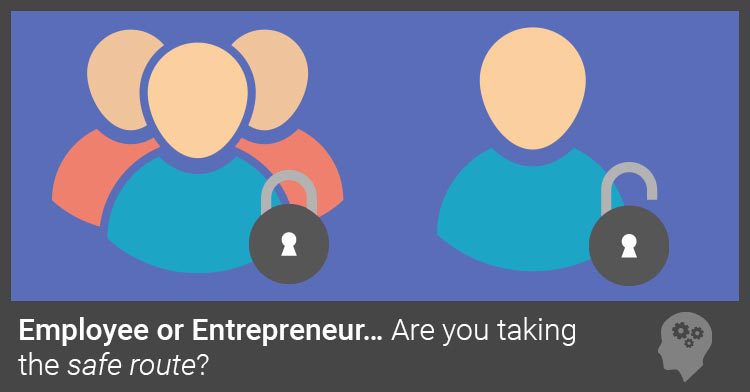 A lively debate was sparked with a friend recently.

He is quite definitely a career employee and probably will always be. Whereas I will always crave the freedom and rewards that being an Entrepreneur brings.

I was trying to find out why he was so set on working for other people all his life.

After a bit of digging, it turned out he wanted the safe option of a guaranteed pay check every month… and that’s where the debate kicked off.

Is Employment really a safe option?

My opinion on this is very clear. Employment is NOT a safe option.

We live in a global economy now where barriers have been lifted. More and more roles are being outsourced or transferred overseas to low cost countries with skilled workers who can get the job done at a fraction of the cost.

Employers have no loyalty, they will get rid of you as soon as it suits them. Times are gone where people worked for the same company for 50 years. 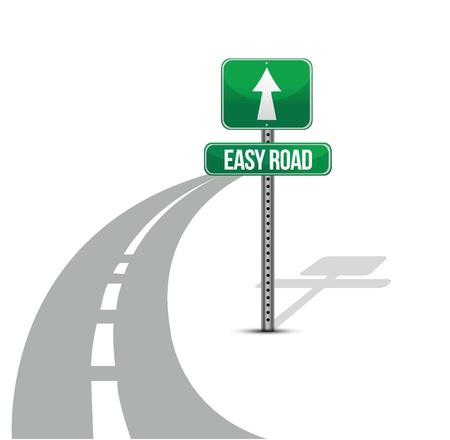 My friends response to this was… “well, if it happens I’ll just get another job”.

At which point I reminded him of another friend of ours who lost his 15 year old job and despite being highly qualified and experienced has been out of work for the past 8 months.

Why start a business?

Now this isn’t easy to answer and get people to understand, but I gave it a go.

I told him that it came down to two factors… TIME and MONEY.

As an employee both of these are limited.

Employees never make it rich, no matter how hard they work or well they perform, compensation is fixed.

Also your freedom is seriously limited because you have to commit regular blocks of your time. If you want time off then you have to ask permission.

The difference as an Entrepreneur is YOU HAVE CONTROL.

You choose the hours you work… Need an appointment? Delivery due? Fancy a long Weekend away? No problem you have something you never had as an Employee… flexibility. You can work around life’s interruptions.

Then there's the motivation you get as an entrepreneur due to the fact that you see direct results from the effort you put in. Increase the profits and YOU directly benefit from that, not somebody else.

A few times I’ve woken up restless in the middle of the night with an idea and had to get out of bed to work on it. That’s not something I would do if someone else was reaping the benefits of my hard work and creativeness.

On its own, time and money doesn’t make you happy, there are many more factors (family, friends, health etc.), but it gives you the freedom and opportunity to go and live your life the way you want to and enhance those other parts of your life also.

I seemed to have made my case well as my friend nodded in reluctant agreement and told me how he could resonate with this after recently missing his Daughter’s school play because his manager wouldn’t authorise his time off request.

His next comment was… “I can’t afford to just give up work to build a business”.

My response was simple. You don’t need too.

With the right business model, there is absolutely no reason why you can’t start a business in your spare time while you still have a job and a monthly income coming in.

Most people can spare an hour a night after the kids have gone to bed, or give up a Saturday morning each week while they grow their business.

I’m not sure if my friend is going to be the next Richard Branson, but I certainly got him thinking, and hopefully you too.

It's also important to build a business the right way so that you gain more freedom rather than just replace your job and I'll talk about that in another post.

In the meantime, I’m going to leave you with a hilarious video that is very relevant to what we’ve been talking about.

This 1 minute video was a Super Bowl Commercial for an online job finder site titled simple “Hate your Job?” and has me in stitches every time I watch it…